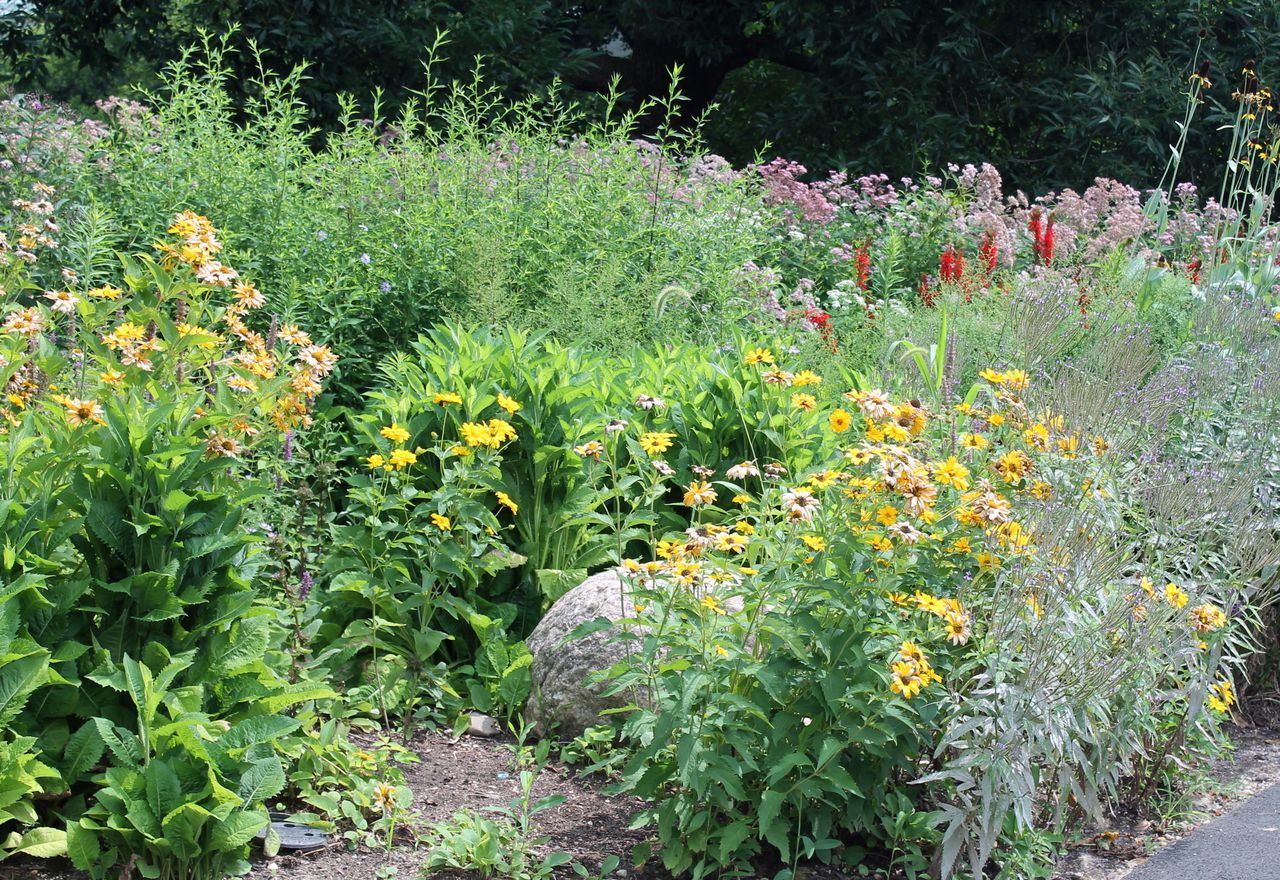 Now that Labor Day 2021 is in the books, it’s a good time to get busy on any planting projects on your to-do list.

September through mid-October is one of Pennsylvania’s two best time frames for planting almost all trees, shrubs, perennial flowers, and evergreens. (Early to mid-spring is the other.)

That timing typically brings cooling temperatures and more plentiful rain, both of which are more amenable to new plants than the heat and dry soil that’s typical of most summers.

In early fall, the soil is still warm enough for good root growth, but the air temperatures are cooler, the sunlight is less intense, and rainfall is often more “showery” as opposed to the thunderstorm dumpings of summer.

Fall-planted plants also lose less moisture through their leaves than in summer (lowering water demands), and bugs and weeds aren’t as bad either.

A bonus is that a lot of plants go on sale as the season winds down.

Only a few species would rather be planted in spring. Those are mostly plants that are borderline hardy or prone to winter windburn, such as crape myrtle, cherry laurel, nandina, Southern magnolias, camellias, variegated hollies, mahonia, falseholly (Osmanthus), Italian blue cypress, and vitex.

Keep the soil around fall-planted plants consistently damp until the ground freezes, and aim to get your plantings done by the end of October. After then, the soil starts cooling enough most years that root growth slows.

Research has shown that plants establish best when they have at least six weeks to “root in” before the ground freezes.

Before digging a new bed (especially when using power equipment), find out where your buried utility lines are. Gas and electrical lines are usually deeper than shovel or tiller depth, but cable and computer lines might only be a few inches down.

If adding more native plants (a top gardening trend) is one of your fall planting projects, the state Department of Conservation and Natural Resource’s website has an excellent (and free) list of good native plant choices for Pennsylvania yards as well as a list of growers that specialize in native plants.

Some other good resources if you’re trying to beef up on native plants:

Late summer is so-called “hay-fever season,” when a lot of people start sneezing before they take two steps outside.

The plant that gets the lion’s share of blame is goldenrod – that tall, yellow-blooming native flower that’s often seen massed along roadsides and in meadows.

While goldenrod’s pollen can cause allergic reactions in sensitive people, you might be surprised to learn that goldenrod actually ranks near the middle of the sneeze-inducing pack so far as flowers go.

By far a more potent September allergen is ragweed, another North American flower that happens to bloom around the same time as goldenrod but isn’t nearly as showy and noticeable.

The pollen of turfgrass going to seed also is a common hay-fever producer, as are some of the other flowers (both wild and planted) that bloom in late summer.

The bottom line is that if you’re allergic to any of the pollen types floating around this time of year, you’re vulnerable.

Non-gardeners and couch potatoes can pretty much eliminate reactions by staying inside with the windows closed and the AC on.

But for gardeners and other outdoor-leaning folks, there are a few other strategies besides antihistamines and immunotherapy shots.